Some features of this website may not be working properly temporarily due to social distancing and other technical issues. Thank you. [X]
ReesClark.com
Momentum 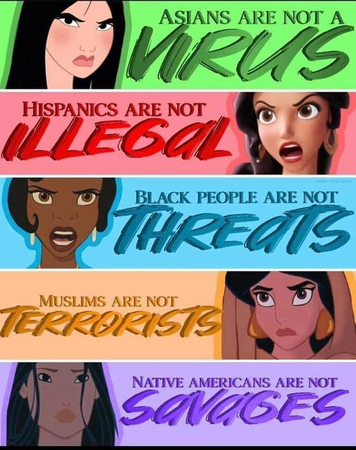 A thread on racial privilege on a friend's Facebook page has drawn out a wide range of views, gentle and harsh, in succeeding paragraphs, some less admirable than others. The response has largely impelled most to choose a side rather than to embrace others.

Sadly, racial and ethnic antipathy seems endemic in our species. Ask any Hokkienese or Uygur about the Han. Ask any Tutsi or Hutu, or any Native American or "Settler" about each other. In each case you will get a different answer from each group, always with the pot calling the kettle black. These "ideals" have taken hundreds or even thousands of years to develop, and we seem quite capable of affixing our ancestors' old ideas about whom to hate to new-found neighbors. For example, my Scots, Welsh and Irish ancestors in the US and other countries, used to hate the English and their rulers, but their descendants now speak their language and merrily join other European-descended groups to rule over others and to vote for authoritarian leaders. It's even easy to recruit non-member soldiers to oppress others on behalf of the ruling group; ask the Plains Indians about the "Buffalo Soldiers."

And, of course, there is always a sacred rationale (the Torah or the Bible) and the subsequent rationalizations (the Talmud and the TV preachers). What they all have in common is a clear message: "Don't rock the boat; keep in your place."

For those who want to wax biblical, the applicable text should be Jesus' admonition to succor the least of one's brethren. Who better to make that claim on us than our minority citizens, who are forever and unfairly called to be our conscience? But biblical arguments these days more commonly support clinging to the old ways, which include oppression of persons of low status and increasingly of women.

Most of the social distinctions that so often drive us to antipathy and violence are transient. Our economic system is only a century and a half old. Our modern languages are only a few hundred years old. Our racial distinctions are only a few thousand years old (our ancestors from 40,000 BC would not be accepted as members of our group, though we might recognize their humanity). None of us evolved from the other but from common ancestors lost to memory but discoverable in our DNA. My descendants will not look like my ancestors, and yours will not look like your ancestors, except for those who look with eyes open to opportunity. You, too, shall pass. All these "important" differences are but fly-specks on the mirror of time, so why do so many defend them so vehemently?

In our case, the original sin was certainly black chattel slavery, begun in the early 1600s and raised to its summit in the Antebellum South. It has been said that the North won the Civil War, but the South won the Propaganda War and managed to re-subjugate former slaves in a tangled web of economic peonage. The whole system has been rigged for 150 years to make whites feel good and blacks bad about themselves, both overtly and subliminally. Did I the descendant of British immigrants go to college because I'm so smart and motivated? Or did I get an almost unnoticed pat on the back for looking like most of my teachers? Did my minority peers have to be twice as good to be thought equal? The answer in everyone's case and to both questions is both Yes and No. Overt discrimination is not required. It's all so deeply built in that we rarely notice the often slight advantage conferred, until we have good friends who don't share the experience, friends close enough to expose their feelings to those they've been taught to mistrust. We learn, but slowly, and many are taught to resist the lesson.

Denial that all this is a problem beggars understanding. Appeals to tradition transcend reason. Demurrers from honest progressivism merely expose support for the status quo or for retrenchment in old ways.

Where do we go from here? We have choice between loving and hating. History shows that hating leads inevitably to war and suffering. Love leads to reconciliation, growth and renewal. The Greeks had a word for it—several, actually—including (ἀγάπη) agápe, (ἔρως ) éros, (φιλία) philía, (φιλαυτία) philautia, (στοργή ) storgē, and (ξενία,) xenia. (Wikipedia). When all these forms merge in the person and the society, all things are possible. Over time we will all love whomever we love. All political power fades, especially where its energy is wasted on preservation of bygone values. Our current differences will fade into the past as we form new families and new societies, and our descendants will not admire our periodic descent into tribalism.