Veterans Day 2020. I began reporting the progress of the pandemic in the US July 22. At the time the reporting from CDC and WHO, suggested that 244,000 Americans would die by election day and 302,000 by the end of this year. The rough election day projection turned out to be high by about 13,000. Since then the situation has only become worse.

I now use several estimating formulas that vary by which combination of current cases and death ratios (deaths:cases) is used, and I now report a range of estimates rather than only the simplest one. The number of cases is rising for the third time, and November has seen an average new cases of 82,000, the highest since the beginning of the epidemic, and deaths have averaged 846 (Fig. 1). The election estimate is now moot, of course; the estimate of total deaths for Inauguration Day 2021 now ranges from 304,000 to 596,000 (Fig. 2). My calculations roughly parallel those of major research institutions, currently varying from the CDC range for the end of November by under five percent. Univ. of WA Health Sciences projection is for 380,000 deaths by Inauguration Day; my range is from 304,000 to 596,000.

If the present trends continue, we could be looking at 20 million infections by the end of 2021, accompanied by somewhere between 1.6 and 2.4 million deaths, again depending on which combination of case load and death ratio turns out to be most accurate. This is surely better than the 66 million infections and 4.8 million deaths that might be expected in the "herd immunity" approach touted by some commentators.

Explanations of the graphics are in earlier posts. The projections are simply based on the current cases and deaths, multiplied by the remaining days to any given end, where the base is the number of cases or deaths to date, and the multiplier is either the average during the pandemic or the short term actual or average rate at the time.

I have faulted our government's response, and I continue to find it incompetent and ignorant, emanating from the top. While national comparisons are imprecise, the US surely has the worst public health outcomes in the world (Fig. 3, Kaiser) during the current pandemic with respect to infection. We are indeed fortunate to have a reserve of medical talent that is keeping our national death rate low, but how long that can persist in the face of the infection rate and shrinking hospital and treatment capacity. I consider the current leadership to be responsible for the majority of the surplus morbidity and mortality, and the willingness of so many to accept these results and vote for their continuation remains inexplicable.
Posted by rees Link | 1 Comment
Tealium appoints GM Asia Pacific as regional growth soars
Posted Jul 29, 2015
Strong local client growth and a burgeoning sales pipeline has seen Tealium, the leader in enterprise tag management and real-time customer data solutions, appoint digital technology veteran, Andy Clark as General Manager Asia Pacific.

Responsible for sales and operations across the region, Clark is based in Singapore and will support expanding demand for real-time customer data solutions in the key markets of Australia, New Zealand, Singapore, Japan and India. The appointment follows the opening of new larger offices in Sydney.

According to Clark, Tealium’s rapid growth across the region is the result of digital marketers seeking to more effectively leverage first party, real-time data to drive more relevant interactions across devices. In addition, they’re seeking a simpler way to manage website data tracking and third party providers for services like retargeting, search engine marketing and analytics.

“There’s a strong demand across the region for comprehensive digital marketing solutions that drive more profitable, relevant interactions with customers,” said Clark. “All marketers want to measure their digital initiatives, and have immediate access to their customer data. Tealium delivers the real-time data that allows marketers to power inbound and outbound channels with ‘live’ customer segments. Now every customer experience, in every channel, can be consistent and up-to-the-second relevant.”

"I am sleeping at the airport (was headed to SFO for a meeting). About 5000 people stranded here. The lounge is open, so I have some relative comfort of two chairs put together.

All flights cancelled. No trains, no freeways, phones still down. No damage in Tokyo. Apartment is a mess.

H and R are fine. Have not been able to speak with them but a few mails get through, they are safe and sound. Apartment structure is sound.

I was in the lounge when it hit, and I would not wish that fear on anyone. It was the strongest and longest shaking I have ever felt. For a few seconds I thought things were over and the building was coming down.

I cant imagine what its like for the folks up north. I may try to go up there and help, but we will see. The difference with a tsunami is that its not like there are people trapped under buildings. They are all buried under tons of debris. Looks like a ship with 100 people on board was swept away. No word on what happened yet.

...when one of the Mousketeers leaves us. Yesterday it was Cheryl Holdridge at 67. If you are over 60 and honest, you must admit that you were once in love with each and every one of those girls at one time or another.

They aren't called The Happy Days for no reason. I wish I had a dollar for each Disney show I watched in the 50s with George, Angie, David, Alice and Mary (they know who they are).

I'm happy to announce that my lovely daughter-in-law has delivered the next generation in the person of Robin Alexander Koshiro Clark, born today Aug. 15 (Thursday, Aug. 16 Tokyo time). Thanks to the marvels of the Internet, his grandmother Susan, Uncle Gavin and I listened in from our homes in Washington through the delivery on a three-site audio conference, with Andy occasionally popping in to translate and give an update. Looks like yet another redhead to me. Of course his first gift was his own email at Clark IP, but we'll give him a chance to practice a few other skills before hooking him up to the world. More news as soon as it comes in. Click the pic for a larger view. There is more on Andy's site and in my Gallery.
Posted by rees Link | 0 Comments
Zune: Is the worst yet to come?
Posted Jan 1, 2009
Early Wednesday, Dec. 31, a Y2K-like excursion created its own small-scale panic for some owners of Microsoft's Zune music player, leaving Hip Hoppers and other owners without their ration of trashin'.

Microsoft said that it had traced the problem to a bug “related to the way the device handles a leap year.” Apparently the Zune was expecting 2008 to have 365 days, not 366.*

Now normally we don't worry much about airy-fairy prophecy, but if the gods of Mt. Redmond could overlook this leap year, what dire events might the Zune trauma presage for the one in 2012 that's driving believers in the latest folly to wring their hands with trepidation over the forecast end of the Earth (after all the failure of one's Zune is surely almost the same thing).

Be afraid, be very afraid! The perspicacious might want to discard their Zunes now to let the aura dissipate.

* Now in actuality, the Zune cannot "expect" anything. It's a machine. The problem originated with the programmer(s) at Microsoft who are too young to understand the consequences awaiting those who ignore Leap Year. Had they grown up with a proper dose of Al Capp and Sadie Hawkins they'd have been more respectful of the date. 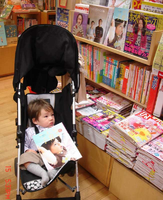 Posted by rees Link | 0 Comments
H. Katrina still affecting Delta region
Posted Feb 7, 2008
Right after Hurricane Katrina we created a site to foster communication between affected people in the region and others elsewhere who might help. Our effort was surpassed by others with better resources, but we keep "Katrina Relief" alive for those who have found it useful.

This week's interesting item was an offer by a Delta fishing outfit to give away 160,000 surplus fiber bags. Suitable for all sorts of food or other bulk content, this could be your organization's chance to send commodities to some place that needs them. (They're not intended at this writing for sending materials to N.O.)

Posted by rees Link | 0 Comments
Health Care Analysis Favors Clinton Approach
Posted Feb 6, 2008
Sen. Hillary Clinton's plan would go further than a similar approach by Sen. Barack Obama toward achieving universal health care, according to Jack Krugman of the Seattle P-I. The difference is mainly due to the required participation in the Clinton plan.

Krugman's sources find that a plan without mandates, broadly resembling the Obama plan, would cover 23 million of those currently uninsured, at a taxpayer cost of $102 billion per year. An otherwise identical plan with mandates would cover 45 million of the uninsured -- essentially everyone -- at a taxpayer cost of $124 billion. Overall, the Obama-type plan would cost $4,400 per newly insured person, the Clinton-type plan only $2,700.

An even cruder analysis that fell out of my calculator shows that $125 billion divided by 150 million (assume that half of all Americans pay a tax or other surcharge to cover the 45 million newly protected) would cost each of the taxed persons about $833 per year above their current tax and insurance burden. About $2.25 per day or about 20 minutes work at minimum wage. Seems cheap to me. Why do the right-wing crazies so vehemently resist? A more cynical person than I might wonder whether they own insurance stocks.

We have received word that monster lobsters are invading the central Japanese island of Honshu. Early reports indicate that they are crawling over children in Tokyo.

The alarmed population - trained by years of Godzilla films - knew exactly what to do. The population ran through the streets; scientists whose lips moved out of synch with their lips debated the cause of the plague; military and civilian authorities dithered.

Finally a little boy, seen in the accompanying photograph (click it for larger view), swatted one of the lobsters, which fell at his feet. It was later discovered that lobsters don't live very long out of water. No additional cases have been reported. Monster patrols are in place along many east Asian coastlines, where large pots of boiling water, vegetable hors d'oeuvres and various entertainments have been assembled.

Explanations of the phenomenon abound. Global warming has been suggested, but of course that was denied by energy industry scientists during a hastily scheduled conference at a luxury hotel in the tropics. New age thinkers have asserted that the lobsters have voluntarily come out of the water, sacrificing themselves to show mankind that rising sea temperatures are not good for living things. They take as evidence the fact that the lobsters have donned sweaters in respect for human modesty. Unfortunately, in a classic example of counterintuitive results, the large pots of boiling water at the seacoasts have dulled the point of that message. Are we doomed?

Posted by rees Link | 0 Comments
Patent Reform Overdue
Posted May 17, 2007
In recent decades many have argued that the US (and other) patent office(s) have awarded spurious patents based on weak claims. Wired News has created a forum and review of the question.