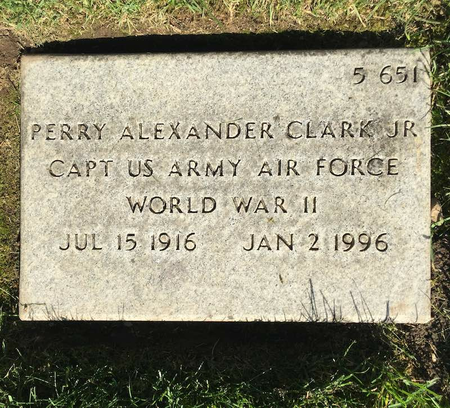 I do not generally hold much of a brief for my father. I saw him twice in childhood, and then not again for thirty years and then nearly ten more. He left my mother for another woman and then abandoned her for a third, promising each in turn his undying love, no doubt. I was lucky to have a good relationship with his parents, who were always loving to my mother and me, and with my mother's family, without whom I might have been in reality the curmudgeon some perhaps find me to be. When 70-ish I was found metaphorically in a cardboard box of 1940s correspondence by my half brother, who turns out to be someone worth knowing and a welcome addition to my world. We often have differences of opinion, but no more than other siblings I know.

I write this in the aftermath of recent allegations against President Trump in the matter of his attitude toward military and other public service. It set off a round of thought about what we all owe one another, whether friends or strangers, as members of a society.

I find myself completely capable of believing—after observing him for these five years—that Mr. Trump does not, perhaps cannot, understand whose who give not only the last full measure of devotion, but any measure at all, full of wonderment that they do or did so and got nothing in return.

My father joined the army in about 1940, having not succeeded in any of the careers that he had tried. When he met my mother in 1942 he was a sergeant in the Air Corps. During the rest of the war he advanced to captain. Much of his service was as an intelligence officer whose duties included relatively hazardous back and forth trips by air from India to China. Before that duty he had also expanded the clan once more. He left the service after the end of World War II, and then absconded once again with woman number three.

So what did he get out of it? For himself, nothing but a bit of postwar prestige, the wife he really wanted, and the uniformed photographs my brother and I have in dresser drawers in our homes. And one more thing or two, my brother Douglas and I have fine children and grandchildren, we live typical American lives in typical American cities. We are not slave workers in some remote Japanese Showa Statist coal mine or German Nazi concentration camp, toiling in never ending global wars. He got nothing; we got the freedom and opportunity America promises its children.

I learned in dealing with the necessary labors that accompany death that he had become well regarded in his later life and had numerous friends, who perhaps saw qualities he never showed to those who had a right to know them.

After my father died, and in ignorance that I had a brother to consult, I let his ashes sit in a cardboard box at the back of my bookcase for several years, until I reflected one day on his army years. I decided then that despite his lack of interest in me, mine or his, he had once shouldered his share of the load. So I took the box to Tahoma National Cemetery, where he took up permanent residence at the address shown in the accompanying image.

My brother and I have agreed that it would have been nice to have a father, just not that one. We have both aspired to do better, and in my admittedly biased judgment we have generally succeeded.

I was once in the USMC Reserve, where I no doubt proved my lack of aptitude for military life. My brother remained in the US Navy Reserve for decades after earlier service in the Air Force, and if we ever find ourselves together in our old uniforms I'll have to salute him, which I do anyway in recognition of his service.

You may have discerned that I do not think my father, my brother or myself to have been suckers or losers. You may have guessed my candidate to succeed the person who has no standing to utter such epithets.